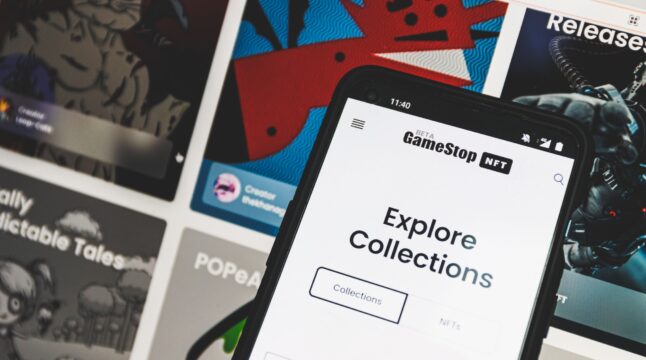 ImmutabeX announced the launch of the long-anticipated GameStop NFT Marketplace.

In a recent press release, ImmutableX, a layer 2 protocol scaling solution on Ethereum announced it was integrating its wallet with GameStop’s and launching its NFT collections on GME’s marketplace. This partnership will significantly expand GameStop’s non-fungible token offering.

GameStop NFT Marketplace Gets an Expansion to ImmutableX Protocol

Today’s announcement has been in the works for months as it was initially announced in February. In May, GameStop explained it chose ImmutableX because it requires no gas fees for the trading and minting of NFTs. The partnership will, among other expansions, bring collections from games like Gods Unchained, Illuvium, and Guild of Guardians.

ImmutableX’s Robbie Ferguson stated that he hopes the partnership will help bring “the next billion players to web3 gaming.” He added that he is very excited to deepen the relationship with GameStop and that the “launch of the GameStop NFT Marketplace means that we can now provide access to millions of additional NFTs.”

GameStop has been working on adding an NFT marketplace to its customers since at least 2021. Its efforts aimed towards non-fungible tokens represent a part of the company’s effort to adapt to a more digital world and use the boost it got during the meme stock craze.

However, GameStop is far from the only traditional business to have made a foray into NFTs and digital assets. Both Twitter and Meta have been working on ways to integrate non-fungible tokens onto their platforms. Twitter’s most recent feature—Twitter tiles—was introduced last week.

Apart from GameStop, social media firms, and big tech companies, NFTs recently got a boost from the movie industry. Warner Brothers introduced an “all-in-one” web3 experience and released a Lord of the Rings NFT collection. Furthermore, the Oscar-winning actor and industry veteran Sir Anthony Hopkins recently created an NFT collection based on his iconic roles that sold out within minutes.

Do you think partnering with ImmutableX will help make GameStop’s NFT store a massive success? Let us know in the comments below.

Coinbase NFT Halts Drops to Focus on “Features and Tools”