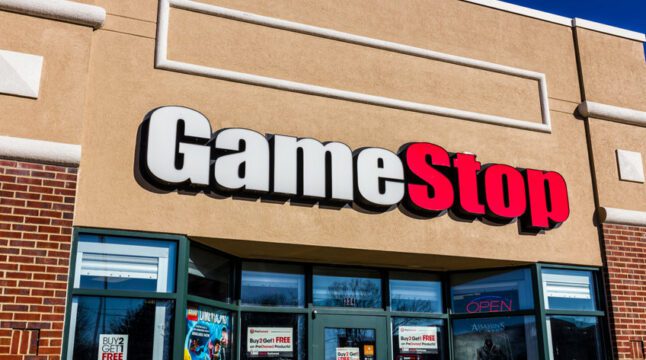 To become a leader in games distribution, GameStop faces tough competition, as well as being weighed down with the costs of physical stores.

GameStop is about to drop its Q2 2021 financial report today at 5:00 PM EDT. To enter the live webcast, you can enter your form data here. In the meantime, let’s take an overview of what we can expect from the video gaming retail chain that has triggered so much controversy and multiple congressional hearings.

How Much Did GameStop Short-Sellers Lose?

When The Tokenist reported on GameStop’s short squeeze in January, the Reddit WSB army trapped short-sellers in a tight clinch. Wall Street hedge funds had already lost $1.6 billion, on top of $3.3 billion from the previous year.

According to S3 Partners research firm, July’s cumulative short-selling loss accounted for $6.3 billion. This may seem a lot, but it is a recovery compared to June’s loss of $7.3 billion. Accordingly, GME’s downward price trajectory from June to August was accompanied by a decrease in outstanding shorted stocks but still remains relatively high at about 10%.

Overall, the presently estimated short interest percentage of free float remains at 12.5% accounting for 7.71 million shares. Moreover, GME’s 200-day moving average is 40% below its current price range of nearly $200, indicating that the battle between WSB retail traders and institutional short-sellers is far from over.

Is GameStop Really a Meme Stock?

When the GME short squeeze saga began, it became common among financial analysts to refer to it as a meme stock. This moniker implies that GameStop is running on fumes generated by retail investors who don’t want to let it go for reasons of nostalgia. However, do financial facts bear this out?

Can GameStop Beat the Odds?

When taking all these financials into consideration, GameStop’s probability of bankruptcy is 3%, according to MacroAxis. However, the market is a fickle beast. The video gaming industry is clearly heading toward digital distribution and away from the retail store model. After the 5G network upgrade, this trend will accelerate further.

GameStop Chairman, Ryan Cohen, holds about 13% of GME shares and has ambitious plans for the future of the company by moving into digital distribution. For that to happen, GameStop would have to overtake Steam’s leading position, owned by Valve Corporation.

However, GameStop would first have to tackle Epic Games in order to even get close to Steam’s reach with Epic having made aggressive moves against Steam. In 2020 alone, the company spent $444 million on exclusivity deals, restricting some game titles from entering the Steam store for at least a year. As a result, Epic Games Store (EGS) had increased its monthly active users by 75% from 2019 to 2020, at 56 million.

To achieve such a market share encroachment, EGS had to absorb a $273 million loss in 2020 and is continuing to lose money at a rapid rate in 2021.

This is the kind of cutthroat arena GameStop would have to engage in. So far, the company has made moves into the blockchain space by creating an NFT marketplace. Many giant corporations are moving into this space for the long haul. We have already seen how gamified blockchain finance can bring incredible revenues. For instance, one only has to take a look at Axie Infinity’s 6,500% revenue growth.

Moreover, Cohen hired Matt Furlong as the new CEO, an e-commerce specialist with veteran Amazon experience. Beyond a digital storefront, he would have to create an ecosystem of physical items to take advantage of GameStop’s global 4,800 stores.

Do you think physical commodities add or subtract from GameStop’s long-term financial success? Let us know in the comments below.