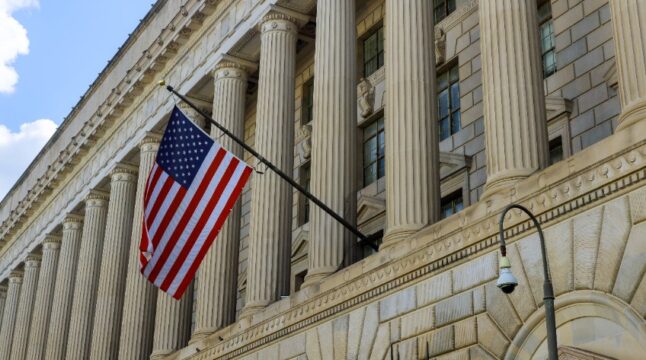 FTX invested $11.5 million in Farmington State Bank, one of the smallest banks in the US worth just $5.7 million.

New reports revealed that FTX owned a large stake in one of the smallest banks in the US, according to New York Times. Through Alameda Research, the embattled crypto exchange reportedly invested $11.5 million in the US-based and licensed Farmington State Bank, which had just one branch and three employees until this year.

FTX Invested $11.5M in One of the Smallest US Banks

FTX’s sister firm Alameda Research invested $11.5 million in Farmington State Bank in Washington State, one of the smallest banks in the United States. The bank reportedly had a single branch and just three employees this year, according to the New York Times. Further, it did not even provide online banking services or credit cards, the report adds. However, the bank was an FDIC member.

The collapsed FTX established a relationship with the Farmington State Bank in March 2022 when Alameda Research – a crypto trading firm that played a pivotal role in FTX’s demise – invested $11.5 million in the bank’s mother company FBH. Back then, Farmington was the 26th smallest bank in the country with a net worth of $5.7 million.

This means that FTX’s investment into Farmington was double the bank’s total net worth, according to financial watchdogs. The move was led by Sam Bankman-Fried’s right-hand man Ramnik Arora, who was also at the center of many other deals FTX struck with venture capital (VC) investors which have ignored many of FTX’s financial issues that led to its fall.

Prior to FTX buying the stake, the bank’s deposits were consistently hovering around $10 million for an entire decade. That is until Q3 2022, when Farmington’s deposits skyrocketed almost 600% to $84 million, $71 million of which came from just four new accounts, according to the Federal Deposit Insurance Corporation.

What is even more interesting is how FTX’s investment was allowed given that such a move cannot be carried out without regulatory approval. Some of the top banking experts said it is hard to believe that regulators have deliberately let FTX gain control of a US bank, the NYT report notes.

“The fact that an offshore hedge fund that was basically a crypto firm was buying a stake in a tiny bank for multiples of its stated book value should have raised massive red flags for the F.D.I.C., state regulators and the Federal Reserve.”

Apart from FTX, Farmington’s parent company is tied to another crypto company, Tether. FBH chairman Jean Chalopin is also a chairman of Deltec Bank, whose best-known client is Tether, a company behind the USDT stablecoin.

Do you think US regulators knowingly allowed FTX to gain control of a US bank? Let us know in the comments below.