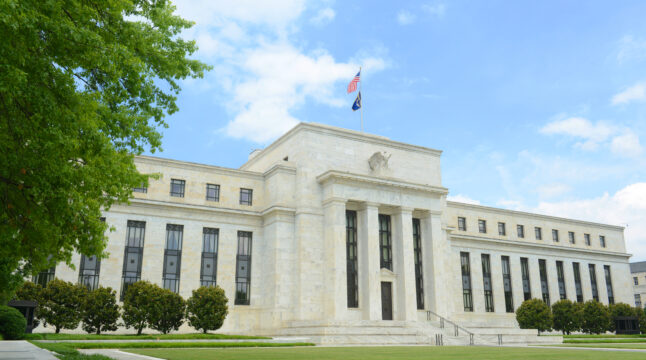 At a FOMC meeting on Wednesday, the FED announced an interest rate hike of 75 BPS bringing it up to 3%.

The Federal Reserve announced on Wednesday, September 21st, it is raising the interest rate for the fifth time this year. The newest hike is by 75 BPS, as was expected by most economists.

While August’s CPI was somewhat better than expected standing at 8.3%, the widespread opinion remained that the FED would raise interest rates by 75 BPI for the third consecutive time. Today, this expectation was confirmed.

At 2 PM Eastern Time, the Federal Reserve announced it was raising the interest rate by 75 points. This is the fifth hike this year and it brings the target range to about 3%. America’s central bank made its previous increases in March by 25 points, in May by 50, and by 75 in June and July.

This move was widely anticipated and is in line with the remarks made by Jerome Powell, the FED’s chairman, in his 10-minute Jackson Hole speech. The FED is committed to bringing inflation down to 2%, which is still a somewhat distant goal considering the current rate stands at 8.3%.

The Markets Ahead of the Announcement

While the market has been bearish over the previous month—with crypto being the most affected sector—Wednesday showed signs of cautious optimism leading up to the FED’s announcement. The day saw modest rises across the market.

Major market indices like S&P 500 and the Dow were up by around 0.5% from the market’s opening. Cryptocurrencies showed similar behavior. Bitcoin rose by more than 2% up to $19,300 and Ethereum by more than 3% bringing its price to $1,370.

Us Treasury yields were also on the rise leading up to the interest rate hike. The 10-year yield rose by 6 basis points bringing it up to over 3.5%. This is the highest it’s been since April 2011.

How long do you think it will take for the inflation to be brought down to the desired 2%? Let us know in the comments below.