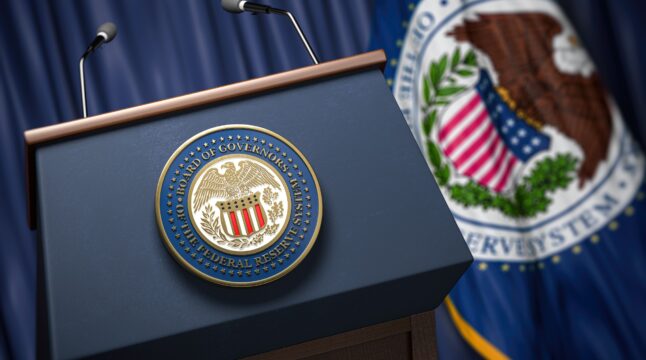 The numbers are in and November’s FOMC meeting is bringing a 75 BPS hike.

As the 7th and penultimate FOMC meeting of 2022 was unfolding, most investors, economists, and analysts were expecting another 75 BPS hike—4th in a row. Today’s press conference proved them right as the FED increased the rates by 75 points in a unanimous decision.

November 1st and 2nd saw FOMC’s seventh meeting in 2022. A Reuters poll demonstrated that the majority of economists were expecting another 75 BPS increase—the fourth in a row. Some were however hoping for a less aggressive hike of 50 points.

The press conference on Wednesday, November 2nd proved the economists right as FED’s Powell announced a 75-point hike bringing interest rates to 4%. Powell also stated that the next FOMC meeting will “take into account the cumulative tightening of monetary policy, the lags with which monetary policy affects economic activity and inflation, and economic and financial developments.” He also added that the increases are to remain ongoing until the conditions for bringing inflation to 2% are achieved.

Powell remained adamant that he does not believe his agency is overdoing it with tightening and expressed his belief that a “soft landing” is still possible even though the window became significantly more narrow. The Chairman also clarified that the exact lag time between policy and its real life effects can’t be precisely determined. Powell explained that while the “older literature” speaks of longer timeframes, and the newer about shortet timeframes, there is no measurable precedent in the current, digitized economy.

Previously, the FED expressed concerns over the risk of doing too little to combat the current inflation. This approach found a number of critics since some economists see the Federal Reserve ultimately bringing the rates to 5% and triggering a global recession. Powell himself stated that he stands by the previous statements explaining that it would be easier for the FED to stimulate an overtightened economy—citing the covid-19 pandemic as an example of the effects of such an effort—than to eliminate inflation after it becomes set-in.

What Will the FED do in December?

While Powell stated this year’s final FOMC will have to take into account numerous factors including the lag between the introduction of monetary policy and its effects, the future course will likely partially also depend on CPI numbers for October and November. CPI has been slowly decreasing month-over-month since a peak in July but the numbers are not yet in for October and seeing how Europe breached an unprecedented rate of 10% in September and failed to bring it down since the US report might usher in more bad news.

Unlike many other economists, Cambridge’s El-Arian is fearful the FED is not doing enough. He is also worried about a coming recession but considers stagflation—a melding of inflation and recession—the most likely outcome: “we may end up not doing enough on the inflation side and then end up in recession for Europe, near recession for the US and for China.”

El-Arian also highlighted the fact that Powell is in a “tricky” situation due to the FED’s dual role in fighting inflation and helping the growth of the US economy. For its part, JP Morgan Chase was expecting a 75 hike bundled with a hawkish press conference and stated this could lead to a drop of S$P 500 of up to 1%. However, JP also presented a 50 BPS increase and possible and stated this could lead to some of the market’s largest indices going up by as much as 10%.

Ahead of Powell’s conference, the markets have been almost stagnant as if holding their breath for the announcement. This came right after a rally that saw the markets go through their best month since 1976. In the 30 minutes between the 75 BPS figure was announced, and Powell’s address all major indices as well as BTC and ETH spiked by around 1% before plummeting.

Three hours after the press conference, S&P 500 was down 2.5% and the Dow Jones Industrial Average 1.55%. Bitcoin was close to Dow with a loss of 1.61%, but Ethereum took perhaps the biggest hit and was more than 4% in the red.

Do you think the FED should soon pivot, or continue with its aggressive approach? Let us know in the comments below.