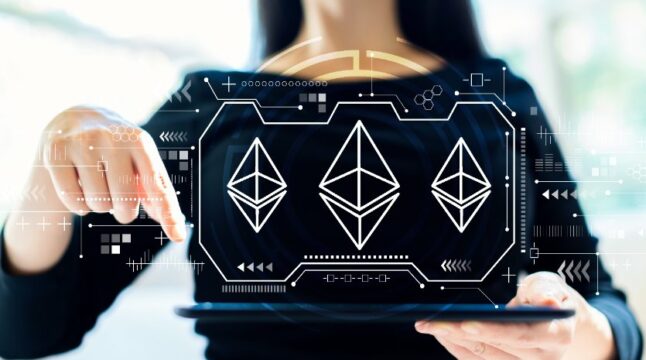 The Ethereum Foundation has announced an official schedule for the much-awaited Merge. The full transition is expected to occur between Sept.10 and Sept.20.

The Ethereum Foundation officially announced the schedule for the long-awaited update dubbed the Merge, which will see the blockchain transition from the current Proof-of-Work (PoW) to the Proof-of-Stake (PoS) model. According to the announcement, the first part of the Merge, known as the Bellatrix upgrade, is scheduled for Sept. 6, while the full transition is due to occur between Sept. 10 and Sept. 20.

The schedule for Ethereum’s most important event has been announced. The Ethereum Foundation published a blog post where it announced the key dates related to the long-anticipated Merge.

According to the announcement, the Merge “must first be activated on the Beacon Chain with the Bellatrix upgrade,” which is scheduled to happen on September 6. After that, Ethereum’s full transition from PoW to PoS is expected to happen between September 10 and September 20, once the Terminal Total Difficulty (TTD) value triggering The Merge reaches 58750000000000000000000.

The exact date at which TTD reaches the specified value depends on the PoW hash rate, the post explained. Once it is reached, the new block will be created by a Beacon Chain validator and the final Merge transition will be considered complete once this block is finalized. Under regular circumstances “this will happen 2 epochs (or ~13 minutes) after the first post-TTD block is produced!” the blog post said.

The Ethereum Foundation also published a list of client releases that support the Merge on the Ethereum mainnet. However, the team noted that node operators have to run both an execution layer (EL) and a consensus layer (CL) client to stay on the network during and after the transition.

The Most Important Crypto Event in 2022

The Merge, which is now less than a month away, is the biggest development in the crypto industry this year. As already noted, the upgrade will transition Ethereum from PoW to the PoS model, which will cut the blockchain’s energy use and carbon emissions by as much as 99%, and significantly improve its scalability and efficiency.

Furthermore, the shift to PoS also means Ethereum will stop relying on miners and will depend on validators instead. Users can stake ETH to earn a chance to create a block. Based on the stake size, one of the users will be chosen to become a validator.

The world’s second-biggest cryptocurrency has risen to new highs last month ahead of the Merge, while its gas fees plummeted to the lowest point in more than a year after Ethereum completed the final of the three public testnet merges. However, Ethereum co-founder Vitalik Buterin said last month the upcoming Merge is not yet priced in, despite ETH’s recent jumps.

Do you think Ethereum’s price will hit new peaks once the Merge is complete? Let us know in the comments below.