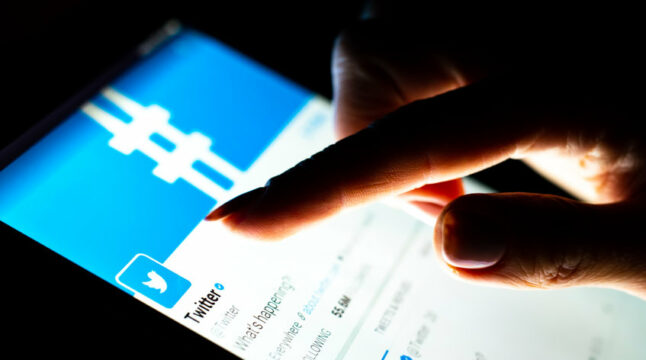 Twitter now allows its premium users to showcase their NFTs as profile pictures.

Twitter, the popular microblogging platform, has rolled out a feature that allows its premium users to use NFTs as profile pictures, coinciding with an unprecedented surge in their adoption and usage.

Twitter Blue Users Can Now Use NFTs As Profile Pictures

Twitter unveiled the new feature, which lets NFT owners showcase their digital collectibles on the social platform, on Thursday. The feature is currently only available on Twitter Blue, the subscription-based version of the social media platform.

To set an NFT as a profile picture, a user would have to link their OpenSea account to their Twitter account. Once the accounts are linked, they would be presented with a list of their NFTs that were minted on the Ethereum blockchain. A Twitter representative has reportedly said that this is the “first iteration” of the feature, and support for more blockchains would come in the future.

Notably, the NFT set as a profile picture will be enclosed within a hexagonal border, making it stand out from the typical circular border currently used for “normal” profile pictures. However, there is still one way that allows a “right-clicker” to steal an NFT and display it as their profile picture.

By re-uploading an image of an NFT and minting it on OpenSea, anyone can get a visually identical NFT. They can then use that NFT as their profile picture, and it would be enclosed within a hexagonal border on Twitter. It seems like Twitter doesn’t have a solution for this sort of forgery just yet.

Twitter fetches data from OpenSea using application programming interfaces (APIs), which are software intermediaries that allow two applications to interact with each other. This means Twitter is not interacting directly with the Ethereum blockchain, which can be troublesome as Twitter will also face issues whenever OpenSea does.

The fact that the feature is only available to Twitter Blue users can be considered a form of promotion to encourage signing up for the company’s subscription product. The subscription currently costs $2.99 per month, which is arguably not much for NFT enthusiasts who are willing to pay millions for a JPEG on a blockchain.

As previously reported, former Twitter CEO Jack Dorsey is not a fan of Ethereum and Web 3.0. In recent times, he has opened up and talked about what he believes are the issues around Web 3.0. He particularly scrutinized Web 3.0 projects claiming that they are not really decentralized. Nevertheless, the NFT move can be deemed as a rejection of Dorsey’s philosophy.

Meanwhile, Tesla and SpaceX CEO Elon Musk, who is also not a fan of Web 3.0, has expressed his opposition to the move. Musk commented on the move:

“Twitter is spending engineering resources on this bs while crypto scammers are throwing a spambot block party in every thread!?,”

The market for NFTs is off to a strong start this year. Of course, this comes after the technology managed to break through into the mainstream last year.

According to a report by DappRadar, NFTs generated over $23 billion in trading volume last year, while the market processed less than $95 million for the entirety of 2020. Further, the number of unique wallets engaging with NFTs rose from 5,000 in early 2021 to around 140,000 by the end of the year. DappRadar said:

“2021 was perhaps the most critical year for the industry so far. After a 2020 that can be defined as a year of building and preparation, this year saw enormous progress and positive results across the industry’s most important metrics and macro indicators.”

The NFT market has also been performing admirably so far in 2022. This is partly attributed to the launch of LooksRare, a new decentralized NFT marketplace that has been outperforming OpenSea by more than 2x since its launch. The new Twitter feature is expected to further boost NFT growth and adoption.

Do you think Twitter’s move will help accelerate NFT’s mass adoption? Let us know in the comments below.