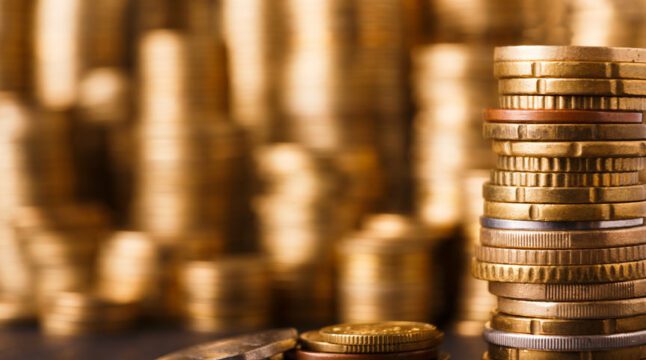 The raw data is in - even in its inception stage, DeFi has outperformed traditional finance.

Three forces can be said to be driving DeFi forward: innovation, inflation, and near-zero interest rates. As the disparity between DeFi and banks keeps growing, the SEC Chair is on an offensive to make DeFi less competitive through regulation.

On September 17th, Coinbase ditched its plan to launch its lending service based on the USDC stablecoin. Abandoning this program is a major milestone, and not in a good way. After Brian Armstrong, the CEO of Coinbase exposed the SEC on Twitter, it has been revealed the SEC’s mission is not quite what it purports to be.

Led by Gary Gensler, the SEC’s core mission is to protect investors and maintain market efficiency. Yet, we have seen that the agency engages in underhanded tactics:

“It’s important for the SEC to provide guidance and clarity,” Gensler said. “Sometimes that’s a clarity that will be a thumbs up, but even if it’s thumbs down, it’s important to provide that.”

From this discrepancy between public statements and actions, one could conclude that Gensler has a much narrower definition of investor protection. One that focuses on safeguarding the banking sector from competition more than protecting the public interest and investors as a whole. Unfortunately, this is a continuation of a trend known as regulatory capture:

“…phenomenon that occurs when a regulatory agency that is created to act in the public interest, instead advances the commercial or political concerns of special interest groups that dominate an industry or sector the agency is charged with regulating.”

Indeed, Gary Gensler fits that mold perfectly – a life-long banker who started his financial career with Goldman Sachs in 1979. It is also clear that banks see decentralized finance (DeFi) as an imminent threat. A few weeks after Gensler’s confirmation, Bank of America noted this in “Bitcoin’s Dirty Little Secrets” report.

What Are Banks Afraid Of?

Coinbase is one of the world’s largest crypto exchanges with nearly 3 million weekly visits and 56 million users across over 100 countries. As of H1 2021, it had almost quadrupled its revenue to $4.03 billion from $1.13 billion a year prior. With the current valuation sitting at $62 billion, and AUM (assets under management) at $223 billion, this puts Coinbase within the range of the top 10 US banks.

As one of the few publicly traded crypto companies with such weight, it seems =the SEC singled out Coinbase as an example. Its canceled lending service would have encroached deep into banking territory. Specifically, traditional savings accounts are rarely above 0.07%, while “high-yield” ones are near 1%.

In contrast, Coinbase would have offered an APY (annual percentage yield) at 4%, 235X above the national average savings account. This is in line with interest levels of other (semi)decentralized lending services.

Therefore, it seems that the SEC is trying to protect retail investors from making money, amid the Fed’s imposed near-zero interest rates across the commercial banking system. Moreover, when we compare the performance of DeFi protocols with both banking stocks and the S&P 500 blue-chip index fund, the trend is becoming clearer still.

Since last summer, DeFi’s replication of banking services – borrowing, lending, and exchanges – has brought in massive growth in wealth, from $1 billion to over $100 billion. When we account for all the blockchains with smart contract capability, Ethereum, Binance Smart Chain (BSC), Solana, Avalanche, Polygon, Terra, and Fantom, we arrive at a total gross value locked (GVL) of $120.68 billion.

Since Evergrande’s FUD news, the crypto market took a hit, represented by a GVL drop of 13% between today and September 16. Nonetheless, the top players in decentralized lending and exchange have largely remained the same throughout the year, dominated by Uniswap, Aave, Sushiswap, and Compound.

Altogether, DeFi protocols on Ethereum alone have accumulated $2.36 billion in revenue since July 2020. On the investor side of things, we have seen performance yields that outshine all traditional assets. When we place both the infrastructure – blockchain’s native cryptocurrencies – and DeFi dApps against the top 5 US banks and S&P 500, DeFi outperforms them by nearly 60X.

Conclusively, both staking into the DeFi infrastructure and partaking in APY is on the side of DeFi compared to traditional assets.

Two weeks ago, at the banking conference in Stockholm, Benoît Cœuré, chief of innovations at the Bank for International Settlements (BIS), recognized the impending reality of blockchain finance.

They all come with different regulatory questions, which need fast and consistent answers…But make no mistake: global stablecoins, DeFi platforms and big tech firms will challenge banks’ models regardless.”

Most recently, Gary Gensler likened stablecoins to “poker chips” at a casino, during the Washington Post Live interview.

This statement aligns with comments made by Sen. Elizabeth Warren. She had previously put on the table the proposal to cut off stablecoin companies from having bank accounts, using the broad brush of “shadowy” and “dark” to paint the banking competition. Because stablecoins serve as a bridge between fiat money and cryptocurrencies, this would have a debilitating effect on the US DeFi space.

So far, the only attempt at shoring up the DeFi floodgate has been in the form of a smuggled crypto amendment into the infrastructure bill. In the meantime, as a market watchdog, the SEC seems to take extra care to watch for banks rather than usher in Finance 2.0 to better serve the public interest.

DeFi is an upgrade from merely holding crypto assets like Bitcoin for the long haul. Which DeFi protocol is your favorite? Let us know in the comments below.