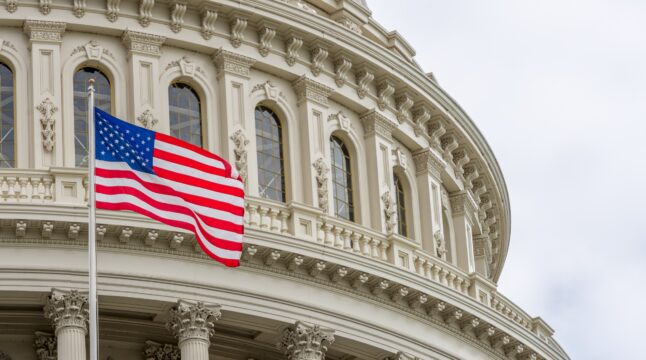 Representative Tom Emmer once again spoke in defense of digital assets and placed the blame for FTX’s collapse on regulators.

In a recent interview, the crypto-friendly Congressman from Minnesota, Tom Emmer, spoke on his views regarding the recent collapse of FTX. Emmer called the implosion a fault of centralized finance and wondered what the SEC’s Gary Gensler was doing to prevent such an event.

When commenting on the recent collapse of FTX, Tom Emmer opined that the bankruptcy serves to highlight the deficiencies in the current regulatory framework regarding digital assets. The Congressman focused on the role Gary Gensler played in the implosion and once again stated he has reasons to believe Gensler’s meetings with SBF were a part of a backroom deal to move forward with legislation that would cripple DeFi.

Emmer went on to wonder where the Securities and Exchange Commission was when Terra LUNA collapsed, or Celsius went bankrupt. According to the Congressman, the regulators are more concerned with targeting the “good guys” than with investigating genuine red flags within the industry. He opined that while many in Washington are quick to pin the failure of FTX on cryptocurrencies.

Emmer called for centralized finance to be brought under the regulatory umbrella and stated that Gensler’s SEC has been doing nothing to achieve that. He also reiterated that the collapse of FTX is a problem of CeFI and that “decentralization is the point.” The Congressman is one of the many and has been one of the first, to raise the question of whether the SEC did enough to protect investors in the wake of the collapse of SBF’s company.

Congressman Tom Emmer has been an adamant supporter of cryptocurrencies and a vocal critic of Gary Gensler for a long time. In March 2022, he called for SEC accountability in crypto regulation, and in August when on record calling the commission a “shakedown authority” when it comes to digital assets.

Crypto startups must not be weighed down by extra-jurisdictional and burdensome reporting requirements. The SEC must ensure that its information-seeking requests to private crypto and blockchain firms are not overburdensome, unnecessary, and do not stifle innovation.

Emmer also recently won the election for the position of House Majority Whip. This position makes him the third highest-ranking politician of his party in the US Congress. The Representative from Minnesota stands in stark contrast to his counterpart in the Senate when it comes to digital assets.

Senator Richard Durbin, the Senate Majority Whip, is a noted cryptocurrency skeptic. Recently, together with two colleagues, Durbin sent a letter to Fidelity urging it to stop offering exposure to Bitcoin in its pension plans.  While the latest letter tries to argue against Bitcoin using the implosion of FTX, it is the third of its kind sent to the company in 2022.

Do you think Gensler has been making backroom deals with SBF while ignoring the red flags surrounding FTX? Let us know in the comments below.

SEC, CFTC Asked to Wait Until Criminal Case Against SBF Is Resolved