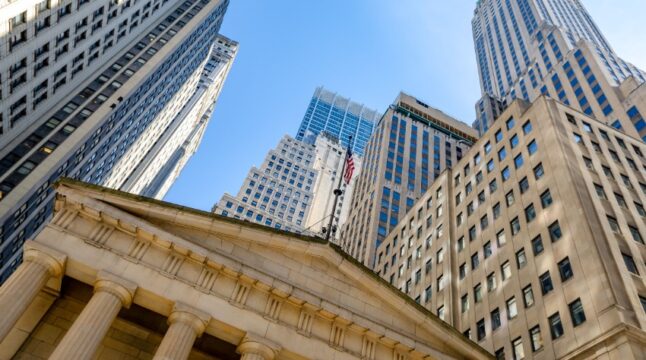 Circle's $9 billion SPAC merger with Concord Acquisition Corp. got delayed once again until January 2023 due to procedural issues.

Circle’s merger deal with the SPAC Concord Acquisition Group has been delayed again until the end of January, according to a filing with the SEC. This is the second time the deal is postponed, after Circle renegotiated and delayed its original agreement with Concord in February, valuing the payments technology company at $9 billion.

Circle’s $9B Merger Postponed Due to Procedural Issues

Circle, the issuer of the USD Coin (USDC) stablecoin, announced another delay of its $9 billion merger with the special purpose acquisition company (SPAC) Concord Acquisition Corp. According to the filing with the US Securities and Exchange Commission (SEC), the deal will be delayed until the end of January 2023.

The filing indicated that the deal is getting delayed again because Concord’s board needs more time to host a special shareholder meeting to approve the merger. Concord declined to comment, though Circle’s spokesperson hinted in their interview with Forbes that the delay could be due to the approval.

“Circle continues our collaborative work with the SEC to complete the qualification process as we look forward to becoming a listed company. We appreciate that the SEC is being thorough as they navigate fairly novel businesses that want the trust, transparency and accountability that come with being a public company.”

The move marks the second time the SPAC deal, which is set to take Circle public, got delayed in 2022. In February, the two parties renegotiated and postponed the original agreement, valuing the stablecoin issuer at $9 billion. Circle was initially set to go public in 2021 via a $4.5 billion IPO.

For the first time, the deal was pushed back by 6 months, however, the proposed delay now is seven weeks, indicating that the hurdles preventing the deal to conclude on time are likely more procedural rather than significant headwinds such as the ongoing bear market.

Moreover, investors could raise questions about whether a $9 billion price tag would be appropriate in the current market environment, which pushed numerous cryptocurrency prices to multi-year lows. Bitcoin and Ethereum have declined 50% in the past 6 months due to crypto winter.

While Circle is a P2P payment technology company, it is primarily known as the issuer of USDC, the second-largest stablecoin in the world, with more than $43 billion in circulating supply. Earlier this year, USDC overtook stablecoin leader USDT on Ethereum, though Tether’s token remains the no.1 stablecoin.

Do you think the worth of Circle’s merger could change if the bearish conditions persist in 2023? Let us know in the comments below.