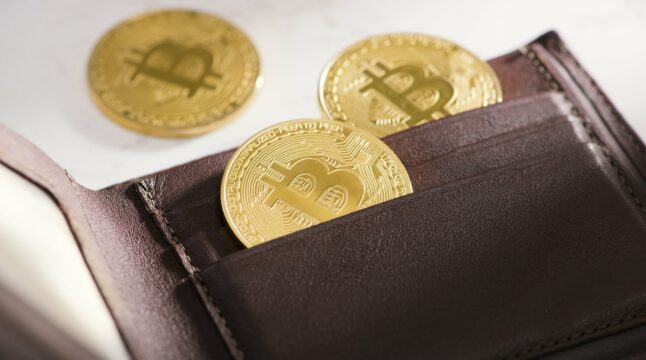 An analysis by a crypto risk management firm determined that Chinese agents were using the BTC-mixing Wasabi Wallet to conceal their illicit transactions.

According to a recent analysis, the two Chinese agents charged by the DoJ on the 24th used a privacy wallet called Wasabi to obfuscate their actions. The intelligence officers stand accused of attempting to bribe a US government employee in order to obstruct an ongoing prosecution widely believed to be the case against Huawei.

Chinese Agents Were Using Wasabi to Obfuscate Their Crypto Transactions

Elliptic, a crypto risk management company, recently published an analysis stating that the two Chinese agents were using Wasabi, a crypto privacy wallet when committing bribery. The two intelligence officers attempted to pay off a US government employee with BTC worth $61,000 in order to steal documents from the US Attorney’s Office for the Eastern District of New York.

Wasabi Wallet is a mixer, not unlike the OFAC-sanctioned Tornado Cash, used to conceal the origin of transactions by mixing crypto from various sources. On its website, Wasabi describes itself as an open-source program designed to prevent both the developers and the public from breaching the user’s privacy.

Crypto has been popular with the intelligence community, as well as various criminal organizations, since the very beginning. While the use of digital assets by various criminal organizations like a Russo-Venezuelan oil-smuggling ring and the North Korean Lazarus Group have lately been rather well-documented, government use for covert operations is somewhat less known. Allegedly, the Swiss Federal Intelligence Service (FIS) was contemplating Bitcoin as means to pay its foreign intel sources as early as 2014.

This Monday, the Department of Justice revealed that it is charging two PRC nationals, Guochun He and Zheng Wang, for attempting to bribe a government employee using $61,000 worth of BTC. The attempted bribery was related to a case against a telecommunications company based in China—widely believed to be the Huawei prosecution—and was discovered due to said government employee working as a double agent for the FBI.

According to court documents, Guochun He, also known as “Dong He” and “Jacky He,” and Zheng Wang, also known as “Zen Wang,” allegedly orchestrated a scheme to steal files and other information from the U.S. Attorney’s Office for the Eastern District of New York related to the ongoing federal criminal investigation and prosecution of a global telecommunications company (Company-1) based in the PRC, including by paying approximately $61,000 in Bitcoin bribes to a U.S. government employee who the defendants believed had been recruited to work for the PRC, but who in fact was a double agent working on behalf of the Federal Bureau of Investigation (FBI).

The FBI explains that it believes that this attempt is just a part of a wider intelligence operation conducted by the PRC. Within the crypto community, the news sparked some curiosity and led to the creation of a number of memes due to its use of Bitcoin as the Chinese government famously cracked down on BTC in 2021.

Do you think this could lead to a further crackdown on privacy in crypto? Let us know in the comments below.