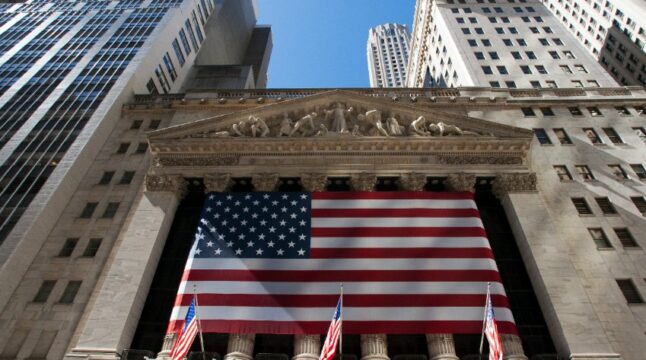 Sovereign debt bubbles are being tested across the world.

At one year’s decline of -69%, Bitcoin’s 20-day realized volatility has reached under the S&P 500 and Nasdaq. After falling under $24k in mid-August, Bitcoin’s price stayed largely within +/-5% of the $19k range. It appears that Bitcoin’s new-found stability, the highest since 2020, is the result of headwinds hitting the global economy.

Although Q3 corporate earnings from IBM and AT&T were positive, Tesla’s missed target for vehicle deliveries put a damper on Nasdaq, causing the tech-heavy index to fall by 0.5% yesterday. The resignation of the UK’s prime minister spiked the stock market volatility further, as she broke the record as the shortest-term PM in history.

More importantly, after the higher-than-expected CPI report of 8.2%, the President of the Federal Reserve Bank of Philadelphia, Patrick Harker, noted that the central bank will continue to hike interest rates.

“Given our frankly disappointing lack of progress on curtailing inflation, I expect we will be well above 4% by the end of the year.”

Anticipating the hawkish Fed’s interest rates above 4%, the 10-year Treasury yields jumped to 4.23% on Friday, the highest since the global financial crisis of 2008. Because rising bond yields make capital more expensive, this suppresses the company’s future valuations, causing further selloffs and market anxiety.

As a result of increased equities volatility, both S&P 500 (SPX) and Nasdaq (NDAQ) are down, at -4% and -4.3% respectively over the last 30 days. During the same period, Bitcoin (BTC) is up by +0.94%. In turn, Bitcoin’s 20-day rolling volatility compared to both indices is the lowest in two years.

This is especially noteworthy given that the Dollar Strength Index (DXY) is up by +1.67% in the same 30-day period. Typically, Bitcoin is inversely correlated with DXY because the dominant cryptocurrency is perceived as a hedge against currency debasement.

Why is Bitcoin Growing More Resilient to a Strong Dollar?

One of the DXY’s weighted currencies is the Japanese Yen (YPI), with USD/JPY hitting a 32-year low last week at 147.66. This week, the Bank of Japan announced an emergency bond-purchasing intervention of $1.65 billion worth of government debt in an attempt to halt the rising long-term interest rates.

This is on top of September’s $20 billion intervention, placing the Bank of Japan in opposition with the Federal Reserve’s quantitative tightening policy, as well as with ECB’s expected 75 bps rate hike on October 27th. Alongside BoJ, the Bank of England had to intervene to purchase UK bonds to avoid pension fund collapse following a spike in gilt yields.

This creates a cross-signaling situation in which investor confidence stands on fragile legs, reflected by heightened equities volatility. The President of France’s central bank, François Villeroy de Galhau, noted to Financial Times this week that such incoherence can yield severe consequences.

“If you have a monetary policy with an anti-inflationary stance and there are doubts about whether your fiscal policy will fuel inflation, then you really risk nurturing a vicious loop.”

Previously, Germany had announced a $195.17 billion aid package to shield itself against the energy crisis and a +10% CPI rate. In other words, the EU’s economic engine will have to pay the extra cost for sanctioning the continent’s largest oil & gas supplier, further risking a stagflation spiral.

At the end of the line, central banking mixed signaling is painting Bitcoin as an asset outside of these forces, making it more resistant to DXY and comparatively less volatile.

Do you see central banks solving physical limitations, such as commodity shortages, with monetary interventions? Let us know in the comments below.