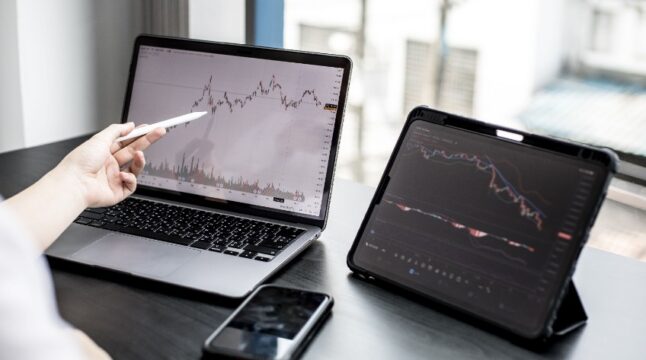 Is Arbitrum about to become the next Polygon, displacing it as Ethereum’s main scalability solution? Since October, Arbitrum’s active users have increased by +125%, with unique addresses increasing by +22%, to 1.6 million.

The reason for that interest spike in the middle of a bear market is two-fold: ARBI token airdrop speculation and Arbitrum’s underlying scaling technology for Ethereum. Let’s examine both.

At the height of the bull market last November, Arbitrum reached $2.64 billion total-value-locked (TVL). Since then, the crypto market has melted by -60%, but Arbitrum TVL has remained in the same range, still well above $2 billion. Moreover, it is quite revealing that Solana, a purported “Ethereum killer” has only $0.95 billion TVL.

This means that Solana, an entire competitive ecosystem, lost to a single Ethereum L2 network. Even more impressively, Arbitrum now accounts for 62% of Ethereum’s weekly transactions, as recently reported by Delphi Digital.

Since the bear market went full force in August, by dropping Bitcoin into the $20k range, Arbitrum’s weekly transactions have increased by over +550%. The saving grace for this activity increase was the Nitro upgrade, further decreasing transaction fees on Arbitrum.

The current rise in Arbitrum’s activity, to a record high of 282,000 weekly active users, can be attributed to airdrop speculation, triggered by social media influencers. To become eligible and increase the chances of receiving Arbitrum’s speculative governance token, the largest airdrop aggregator has already made a step-by-step guide.

Whether this rumor materializes or not, Arbitrum is now more popular than Optimism, holding a 51.23% market share among Ethereum’s layer 2 scalability solutions, excluding Polygon. The question is, what makes Arbitrum so popular?

After Ethereum became a proof-of-stake blockchain, nothing much changed except its ~99% energy reduction and lowered ETH inflation rate. Otherwise, Ethereum still performs on average 14 transactions per second (tps), and traffic spikes can still lead to exorbitant transfer fees.

Like other L2 networks, Arbitrum relieves that congestion by offloading Ethereum’s computational/data work to itself. Specifically, by deploying smart contracts to roll up Ethereum transactions in bundles and return them as single transactions to the mainnet.

Both Optimism and Arbitrum employ the same technique to accomplish this – Optimistic Rollups. They rely on fraud proofs to resolve contested transactions. Otherwise, they return transactions to Ethereum as valid, until proven otherwise, hence the name “optimistic”.

However, the downside of this approach is the long contestation period, resulting in up to a week’s withdrawal time. While still someone limited by this, Arbitrum has introduced key improvements vs. Optimism:

Most importantly, unlike Optimism’s dependence on EVM, Arbitrum has its own Arbitrum Virtual Machine (AVM), but still fully compatible with EVM. When all factors are accounted for, Arbitrum delivers up to 40,000 tps vs. Optimism’s 2,000 tps. As the cherry on top, all major Ethereum dApps have already been imported into Arbitrum’s scalability ecosystem.

The only missing ingredient is Arbitrum’s governance/utility token. Optimism launched its OP token in May 2022, having gone through 500% user growth from July up to October. Year-to-date, the Optimism (OP) token lost only -16% value compared to Bitcoin’s -56% loss. Clearly, the market expects the same dynamic to happen with the Arbitrum token drop as well.

Are you scanning for altcoin investment opportunities in this bear market? Let us know in the comments below.