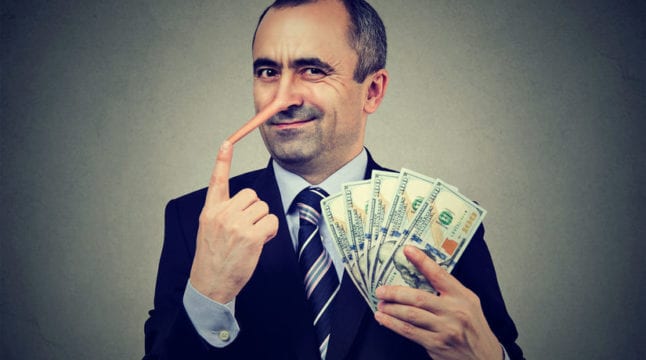 A long-standing trope from the days of seedy darknet is being resuscitated as a besmirching tactic by the powers that be.

It turns out, reaching a greater market cap than Visa tends to attract the proverbial Eye of Sauron—fiat money issuers. Both the former head of the Federal Reserve and the current head of the European Central Bank are signaling their displeasure at the existence of cryptocurrencies. Is their stated reasoning legitimate?

Two-Pronged Attack from the Same Standpoint

The ghost of the Silk Road past is with us again. Just when we thought that the surge of institutional investors and mainstream payment acceptance of Bitcoin signified a new era of legitimacy, two powerful institutions are besmirching Bitcoin from the same vector of attack—illicit activity.

Interestingly, Lagarde, former IMF head, opened this venue of attack from a water-is-wet level of insight. She emphasized how Bitcoin is a speculative asset, which is news to no one, but this rhetoric served to follow through on the attack on Bitcoin, trying to tie it with criminal mischief.

“I think many (cryptocurrencies) are used, at least in a transaction sense, mainly for illicit financing. And I think we really need to examine ways in which we can curtail their use, and make sure that anti-money laundering (sic) doesn’t occur through those channels.”

Keep in mind, these positions in the US—treasury secretary, the Fed chairman—are being administered from the same revolving door. The personnel went through the same schools and run in the same intellectual circles, so it might as well have been an American sister to ECB joining in.

According to the UN’s Office on Drugs and Crime, the yearly value of money laundered globally, ranges between $800 billion and $2 trillion, or 2 – 5% of global GDP. Of course, this is conducted in effectively the world’s currency—USD—representing over 80% of global transactions. Coincidentally, the supply of USD had been increased last year by at least 20% of its total supply since its inception.

Comparatively, if we go by CypherTrace’s BTC money laundering report for the end of 2018, the estimate for BTC laundered money holds at $2.5 billion total. If we divide this total by 9, representing years from Bitcoin’s launch in 2009, we arrive at $277 million BTC laundered yearly.

This figure aligns with the value of Bitcoins gone through BestMixer.io, which was subsequently shut down by Europol in 2019. Europol valued the money laundered in BTC at around $270 million since BestMixer’s launch in 2018. Furthermore, according to Chainanalysis, merely 0.34% of total crypto transactions involved criminal activity in 2020.

For 2019, they estimated that out of $21.4 billion worth of cryptocurrency transactions, 2.1% were used for illicit purposes. Of course, due to the nature of illicit activities, we can only deal with approximations. Therefore, when we put the 2020 averages side by side, this is the comparative scale of we are left with.

The Red Herring of Criminality

As you can see, using criminality smear (money laundering) as a rhetorical device by powerful institutions against Bitcoin represents a red herring – a distraction from an underlying issue. The use of BTC in illicit activities is not only negligible compared to USD usage, but it is on a downward trajectory. This is a predictable consequence of Bitcoin wallets being attached to real-world identities through mandated KYC/AML protocols.

Moreover, even though we are moving toward a cashless society, there is no better way to partake in illicit activities than to use paper fiat currency. Accordingly, this renewed red herring is almost certainly being drawn from multiple levels.

Money Laundering as a Source of Government Income

Banking fines represent a steady cash flow for governments. According to Bank Fines 2020 report, that year alone garnered governments $14.21 billion in extra income. It is no secret that one of the most egregious banks, Deutsche Bank, has a long history of acting as an institutional criminal enterprise.

A similar situation exists with the HSBC bank. These and other banks are not shut down. They are allowed to conduct their business as long as they keep paying the hefty fines. With decentralized cryptocurrencies, there is no one to pay the annual fines. For the year 2020 alone, $14 billion in fines represents a greater number than the $10 billion worth of estimated money laundered in Bitcoin!

Leveraging Economic Freedom as a Form of Ideological Management

Next, we have a situation with politically-motivated de-platforming from both the financial sector and from access to media platforms. Since the election of Trump, de-platforming has immensely intensified, ending up with the sitting POTUS being de-platformed from both the media and the banks. Trump may represent the most extreme case of de-platforming, but he merely joined the de-platforming club consisting of tens of thousands of people and small businesses.

De-platforming represents a proven political weapon, and we are just entering the stage in which it will be used with greater frequency and to more sectors, perpetually expanding the envelope of its legitimacy.

In light of this, we see a concerted effort, from very powerful institutions, to line up all one’s ducks in a row. As they say, with great market capitalization of a decentralized asset, comes a great threat from central controllers.